In Futuri Mobile apps, users can submit short audio messages to the radio station using the Open Mic feature.  To learn how to use this popular feature, watch this quick video tutorial, and then read on for more details.

The user can access this feature by navigating to the Open Mic icon in the navbar.

When a user submits an Open Mic, he/she can sign up to receive an email, text, or tweet from the radio station when that Open Mic audio is about to be on the air. 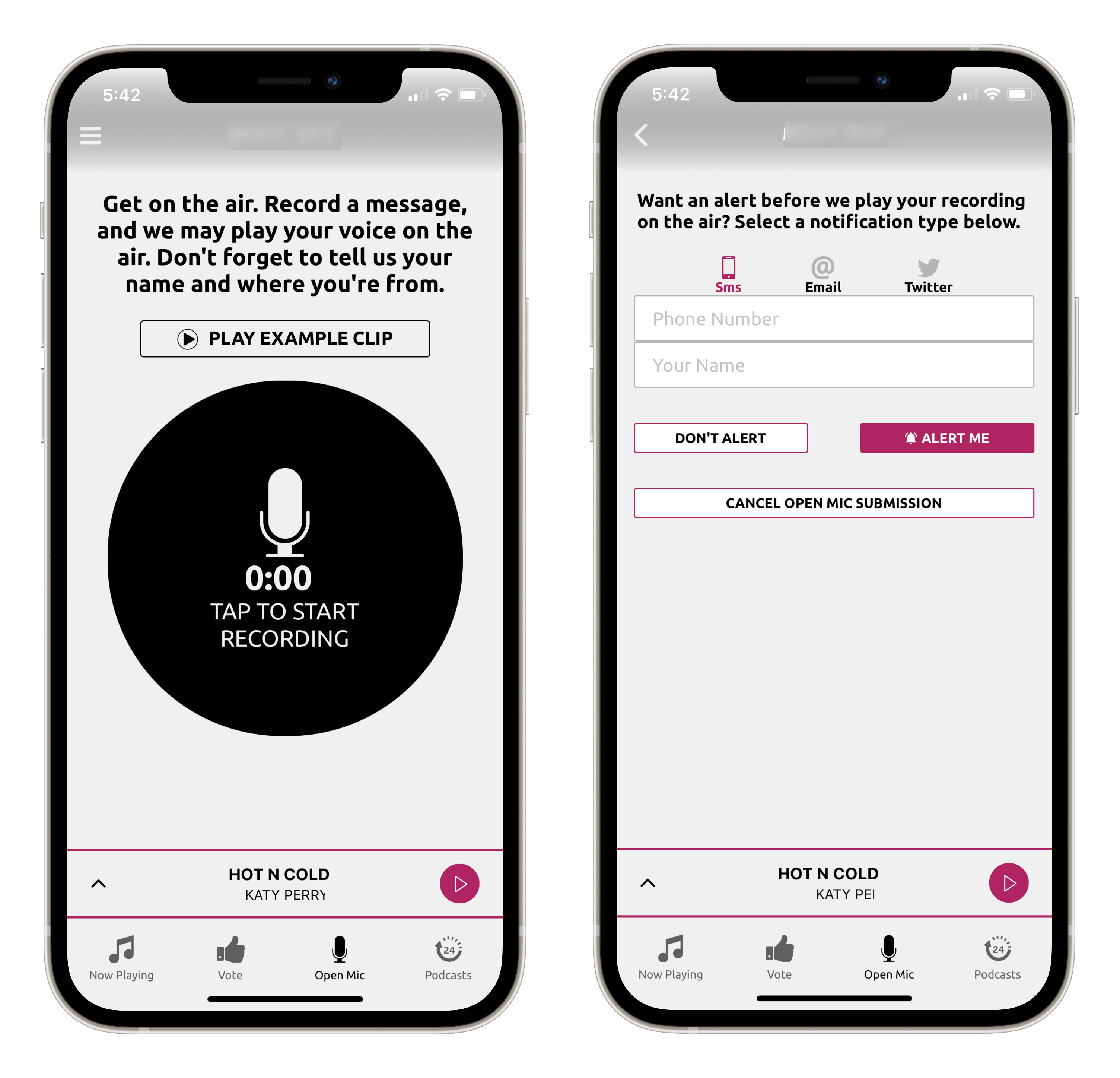 Once an Open Mic has been submitted, it can be viewed in the Futuri Control Room under Open Mics > Manage Open Mics.

NOTE:  If you need a login for your Futuri Control Room that has simple "jock-level" permissions (i.e. can access features like Open Mic but can't make advanced configuration changes to your app), please contact Futuri VIP Support for such credentials.

For each Open Mic, you will be able to preview the audio in the browser or download an m4a or mp3 version of the submission. We would recommend using the download option before playing the audio back on the air, to prevent potential problems caused by momentary internet connectivity.

You will also be able to add notes to each Open Mic so that teams can work together to mark submissions, specific requests, or other notes.

If a user has signed up to receive an alert when his/her Open Mic plays, the submission will be listed with the user's name, service (i.e. Email/SMS/Twitter), and contact information.

To send an Open Mic alert, click Send Messages under Actions next to that Open Mic. You will be presented with a form to send the message.

Customizing the Open Mic Page of Your App

If you'd prefer to use different branding for the Open Mic feature, it can be re-named in the app to match your station's branding. In the Futuri Control Room, you can configure the following items under Mobile App > Configure Open Mic:

The following Open Mic items can be configured by emailing Futuri VIP Support:

Getting Creative with Open Mic

Most often, Open Mic is used as a way to request songs, and jocks play that audio as an introduction to that song the next time it plays. News/Talk stations (and morning shows of any format) typically use Open Mic to solicit feedback on topics that are being discussed on air.

This feature can be used for contesting as well, as you'll hear in the examples below.

WPYO-FM in Orlando used Open Mic to give away Justin Timberlake concert tickets during their morning show (audio below).

KKBQ-FM in Houston also used Open Mic for a karaoke contest, and gave their winners front-of-the-line passes to audition for The Voice!

GHQ, the student station at the University of Florida, used their Futuri Mobile app's Open Mic feature for a Valentine's promotion they called "GHQutie," where users sent each other Valentine's shout-outs with Open Mic, and GHQ played them back on the air. The station also heavily pushed the ability for users to be alerted when their GHQutie shout-out was about to play, driving tune-ins back to the radio station! 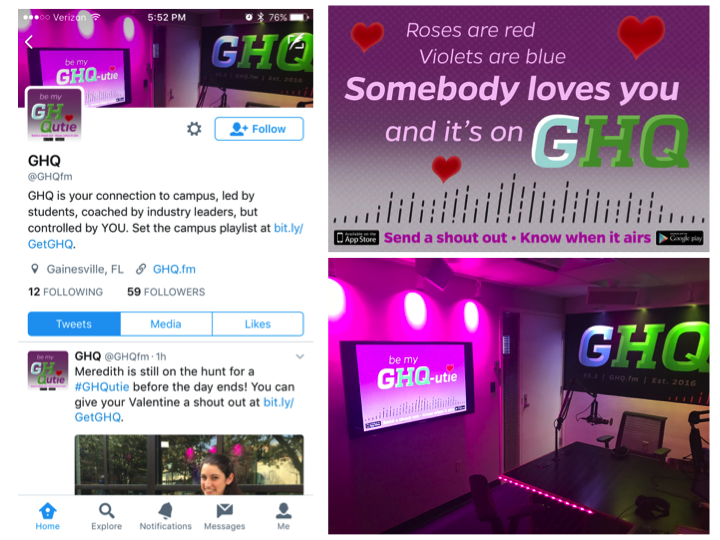