This article outlines the way users can share songs on social media with Tether and Futuri Mobile apps, as well as how you can customize the templates used for these posts.

These products each have separate song share templates, allowing you to tailor the call to action and sponsor messaging for each product separately.

The following things are generally true when sharing songs on Facebook:

Facebook shares contain a graphic, which should be at least 200x200. If you would like the graphic to display "hero-style" (i.e. above the text instead of next to it), it should be 615x300 (or larger, as long as it has the same aspect ratio). The difference in layouts is illustrated below: 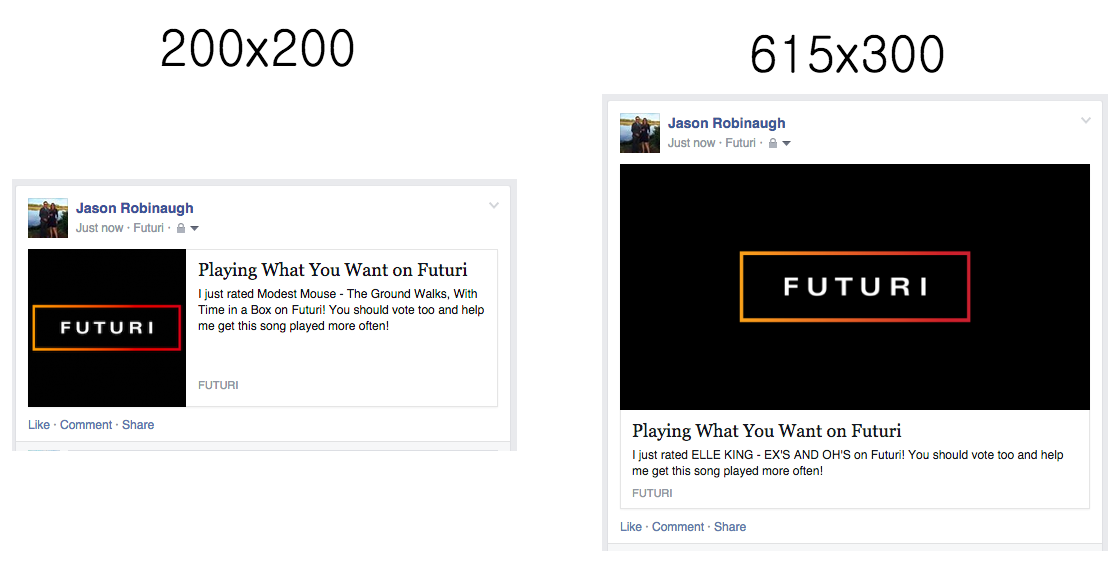 The following things are generally true when sharing songs on Twitter:

Before they can be used, you will need to complete the steps to authorize your Facebook and Twitter accounts for use with this feature.

NOTE: The information below applies only to stations whose mobile app was built by Futuri. If you have embedded your Tether window into another developer's mobile app, the templates and behavior will match what's already been described above.

In Futuri Mobile apps for music stations, each song has a share button, where the user has the following options: 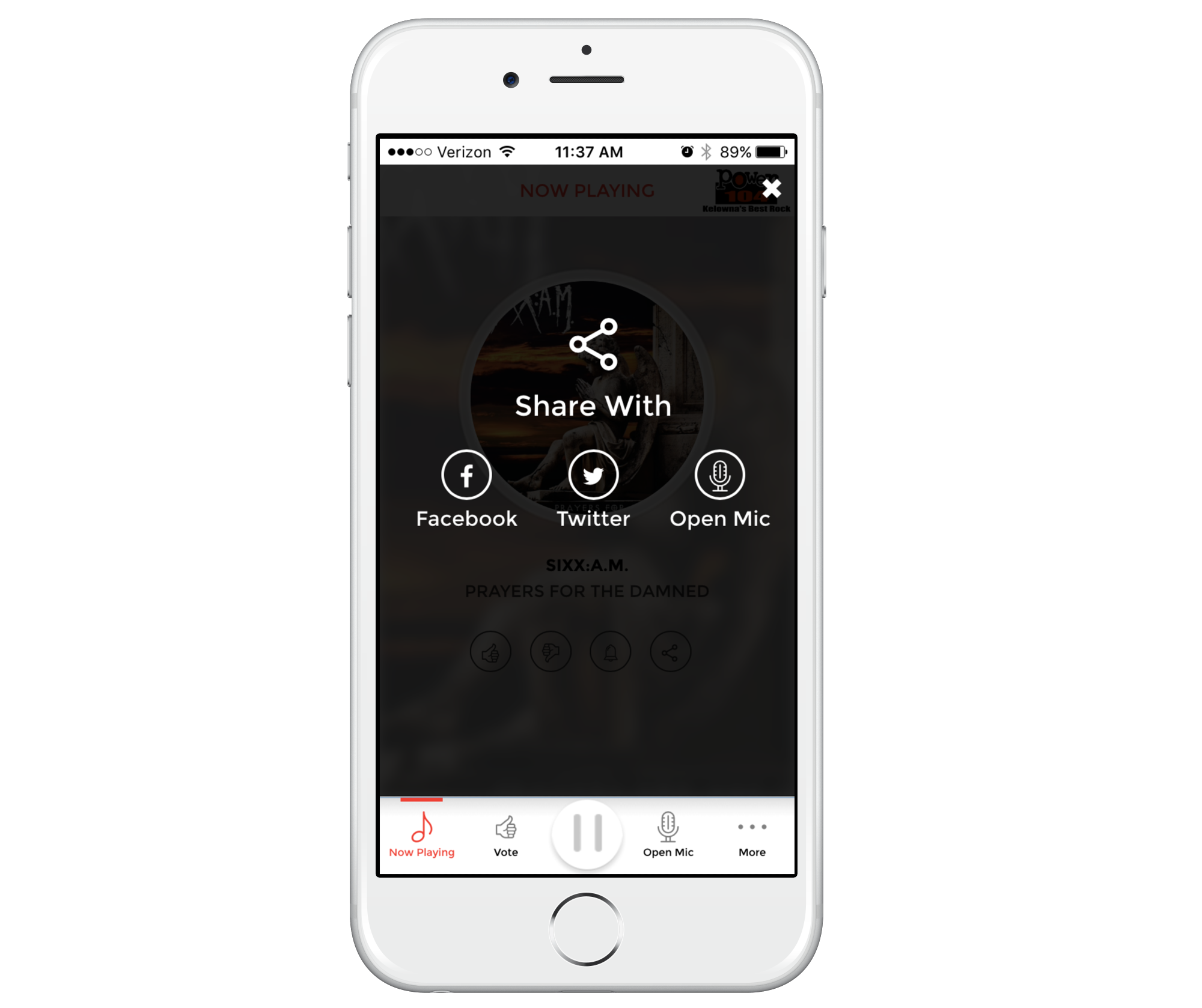 The text configurations for Facebook and Twitter shares can be found in the Futuri Control Room under Mobile App > Social Integration.

Before they can be used, you will need to complete the steps to authorize your Facebook and Twitter accounts for use with this feature.

If your station has Tether in addition to your Futuri Mobile app, those voting features will also appear in your app, and will pull from the same templates that you've configured for Tether